The Ballets de Monte-Carlo have developed close ties with Pina Bausch’s emblematic company. With two performances in Monaco already under its belt, the Tanztheater Wuppertal Pina Bausch now comes back to the Principality as a part of the Monaco Dance Forum to present a flagship work in the repertoire of the German choreographer: Vollmond. The work, created in 2006, first impresses through its powerful scenography. A great quantity of water spilled on the stage allows the artists, who move around large dark rocks, to deliver a powerful interpretation of this spectacular piece, which has marked the history of dance. As always with Pina Bausch, the public finds itself in the middle of a unique emotional experience, which only the great choreographer could imagine.

In collaboration of the Monaco Audiovisual Archives a screening of the film The Red Shoes will take place. (The Red Shoes, a British film directed by Michael Powell and Emeric Pressburger, 1948). 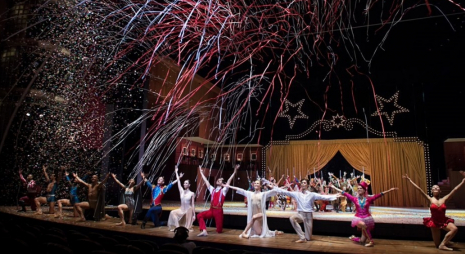