The Grimaldi Forum Monaco has chosen as its theme for the Summer 2016 Exhibition  (from 2 July to 4 September): Francis Bacon, Monaco and French Culture. It will be curated by Martin Harrison, author of the Francis Bacon Catalogue Raisonné, and will take place with the support of The Estate of Francis Bacon in London, and the Francis Bacon MB Art Foundation based in Monaco. The exhibition will show over sixty works by the artist making it one of the most ambitious projects lately.

The Grimaldi Forum will present the work of Francis Bacon (born in Dublin in 1909, died in Madrid in 1992, lived in London, Paris and Monaco) from a unique angle: the influence of French culture and his Monegasque period. Major triptychs as well as famous and less well-known paintings will be displayed thematically and will show direct and indirect relationships to France and Monaco. One of the features of this exhibition will also be to cross-reference major works of the masters who inspired Francis Bacon: Giacometti, Léger, Lurçat, Michaux, Soutine, Toulouse-Lautrec and others.
The works displayed come from public and private collections. They will show the full range of eloquence and force of this monstre sacré’s art. Among those prestigious institutions lending paintings will be the Tate Britain and the Arts Council in London, the Art Gallery of New South Wales and the Centre Pompidou, as well as numerous private collections.

Francis Bacon was immediately taken with French culture when he made his first visit to Paris towards the end of the twenties. In the spring of 1927, aged 17, he spent time in Chantilly with the Bocquentin family, who took him under their wings and taught him French. In that same year, when visiting an exhibition at the Paul Rosenberg Gallery, he encountered Picasso’s works which inspired him to take up painting.
After selling Painting 1946 to Erica Brausen, who was to become his art dealer two years later, Bacon left London for the Principality in July 1946, and lived there until the early fifties. It was in Monaco that he painted his first “pope”, mainly inspired by Velázquez’s Portrait of Pope Innocent X, and began to concentrate his work on the human form. It was a decisive stage in his career, which later led him to being recognised as one of the most enigmatic of post-war figurative artists.
Bacon returned frequently throughout his life to Monaco and the South of France. In the fifties and the sixties he often came with his circle of friends from London’s Soho and from Wivenhoe. For the following twenty years he could often be seen with his Parisian friends and with John Edwards, both his muse and his companion.
In 1974, he took a studio apartment in Paris, which he kept until 1984. There he executed numerous portraits of his Parisian friends, notably Michel Leiris and Jacques Dupin.

Tate dedicated two retrospectives to the artist during his lifetime, in 1962 and 1985, but he regarded the retrospective at the Grand Palais in 1971 as most significant of his career. Only Picasso had the similar honour of a retrospective held during his lifetime, at the Grand Palais in 1966.
The exhibition is programmed to travel later to the Guggenheim Museum in Bilbao from 30 September 2016 to 8 January 2017, focusing this time on the artist’s relationship with Spain.

This is also the first major event to be organized under the auspices of the newly founded Francis Bacon MB Art Foundation, inaugurated in Monaco on 28 October 2014 (to coincide with the artist’s birthday) by HSH Prince Albert II. This non-profit institution is the only foundation in the world dedicated to Francis Bacon. Its mission is to promote a deeper understanding of the work, life and working methods of Francis Bacon throughout the world with a particular focus on the period during which the artist lived and worked in Monaco and France.
The Foundation supports original research on Francis Bacon, sponsors emerging artists, organizes exhibitions and seminars on Bacon’s oeuvre in partnership with local and international institutions and finances projects associated with the artist.

Opening times: Daily from 10am to 8pm
Late night opening on Thursdays until 10pm
Website: www.grimaldiforum.com

With the support of... 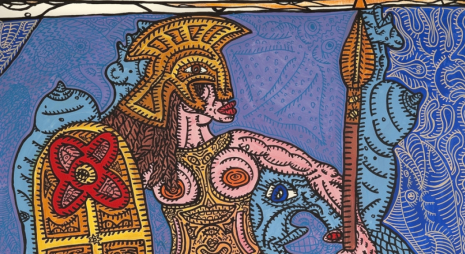 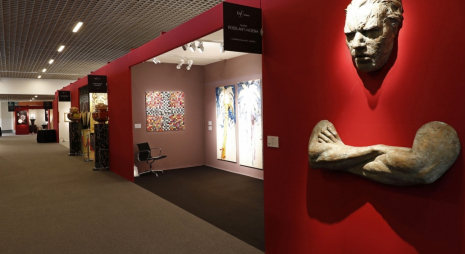